Blog: "A look beneath Earth’s surface: monitoring groundwater from space"

Groundwater is one of the most important resources of freshwater for ecosystems and mankind. Because of this fundamental role in the Earth’s water and energy cycles, groundwater has been declared as an essential climate variable by GCOS, the Global Climate Observing System. As with other subsurface processes, it is difficult to observe and monitor on a global scale. This is especially true if you do not want to rely on simulated model-based data but only use actual measurements.

In an in-situ setting, groundwater is typically monitored by directly measuring changes in the groundwater level using wells. If the instrumentation is properly maintained, this method is very reliable and can give you near real-time information in groundwater fluctuations in the vicinity of the well. By combining neighboring wells, you can get a picture of the regional situation. But what if we wanted to track changes in the groundwater level in an arbitrary location or on a global scale, regardless of whether there are well measurements available?

Here is where Earth observation satellites come into play. There is a plethora of satellite missions in orbit which continuously monitor the state and change of our planet. Wind profiles, Earth’s magnetic field, sea surface height, ocean salinity and temperature, lake levels and extents, Earth’s land cover and much more quantities are continuously observed from space. A number of these satellite missions also provide essential measurements for different compartments of the terrestrial water cycle, although no earth observation satellite can measure groundwater directly. We can however combine multiple remote sensing datasets to look beneath Earth’s surface and infer the groundwater level.

Satellite gravimetry through missions like the Gravity Recovery And Climate Experiment (GRACE) and GRACE Follow-On (GRACE-FO) observes changes in total water storage (TWS) which is the sum of all storage compartments. Satellites like SMOS and SMAP measure the moisture in the top layer of the soil through radar and radiometer instruments. Altimetry satellites measure the level of lakes and large river systems so storage changes in surface water can be determined. In regions where snow cover is present, passive microwave instruments aboard satellites can be used to get the snow water equivalent. Finally, as satellite gravimetry measures integrated mass change, mass fluctuations in large glacier systems must also be accounted for. Glacier mass balance is typically determined in regular in-situ field campaigns and remote sensing at various scales, like satellite imagery and airborne photogrammetry. Most of these datasets are already very mature and available through, for example, established Copernicus services.

This approach is not new and has been used in numerous studies for different areas worldwide. While it seems rather simple at first glance, using only spaceborne Earth observation data instead of relying on simulated model output introduces several caveats.

In contrast to other remote sensing satellites, GRACE and GRACE-FO do not carry instrumentation for direct measurements like imaging or microwave sensors. Rather, the satellites act as proof masses in Earth’s gravitational field while they orbit. Changes in the mass distribution on Earth’s surface affect the gravitational attraction acting on the satellites, which in turn causes small variations in their trajectory. So, by tracking their absolute and relative motion, we can infer information on the underlying mass distribution by inversion. This inversion process, however, introduces high-frequency spatial noise in the surface mass estimates. To reduce this noise, GRACE/GRACE-FO solutions are typically constrained during the inversion or filtered in post-processing. Both methods have the effect of a low-pass filter and therefore limit the spatial resolution of the final surface mass or total water storage maps to a few hundred kilometers. Soil moisture, snow water equivalent, glacier mass fluctuations and surface water storage on the other hand, can be observed with a much higher spatial resolution compared to the GRACE/GRACE-FO water storage. This means that for a consistent groundwater product, each of these datasets needs to be post-processed to match the signal content of the satellite gravimetry output. Since they have very different characteristics, this is not a straightforward task.

To provide the best possible observation-based groundwater dataset, expertise in all the remote sensing techniques involved is required. The Global Gravity-Based Groundwater Product (G3P, www.g3p.eu) project brings together researchers and data providers from multiple geoscience disciplines with the necessary know-how. Within this interdisciplinary consortium, we work on optimally filtering, processing and adapting each input dataset and assess the uncertainty for each water storage compartment. The goal of this work, a few years down the line, is to set up an operational service which delivers maps of the groundwater level with global coverage and monthly resolution from 2002 until present. There are still a number of challenges to tackle

What have we learned so far? Earth observation satellites and datasets have become a fundamental part of Earth and climate sciences. The global coverage of the spaceborne observations open up the possibility for continuous and consistent monitoring of many geophysical and climate-relevant processes. Groundwater is just one example where combining different Earth observation datasets can provide greatly added value for both the scientific community and at a later stage, decision makers and the general public. This also underlines the importance of connecting experts from multiple geoscientific fields, for example through the platforms that EGU provides, to get the most information out of the data and possibly open up new application of existing datasets. 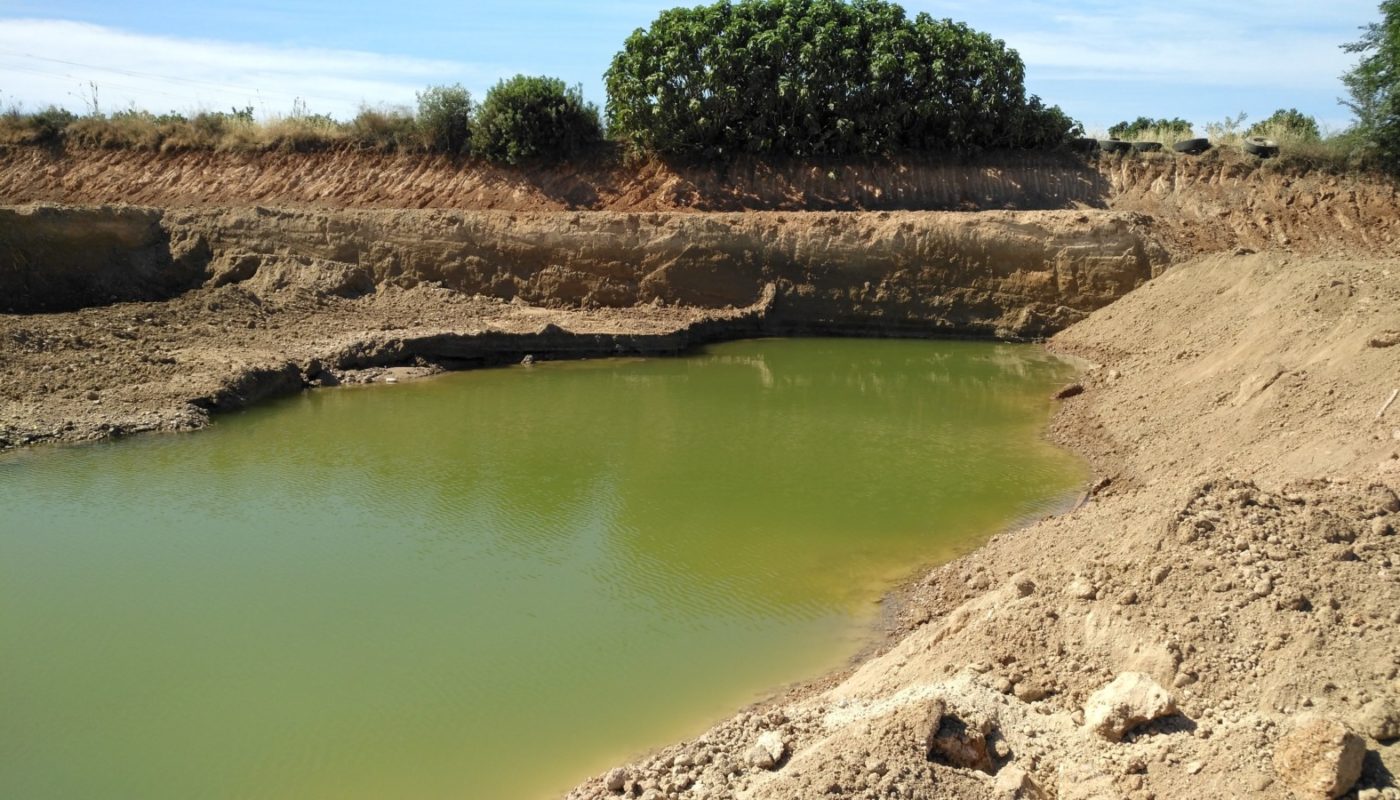 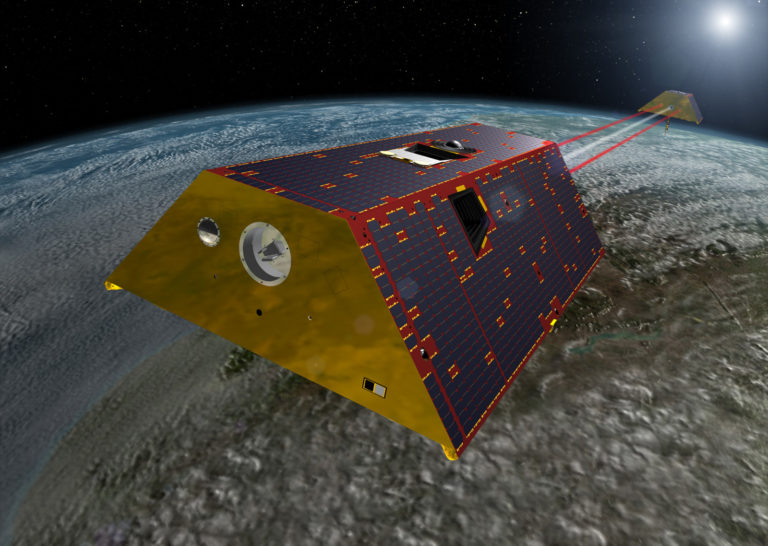 An artist’s rendering of the twin GRACE-FO spacecraft in orbit around Earth. Credit: NASA/JPL-Caltech