For the G3P project, a product of groundwater storage variations with global coverage and monthly resolution from 2002 until present is being developed. To take into account what potential users would expect from this product, the consortium conducted a survey among 132 individuals and organisations with various backgrounds to determine the user requirements of the global gravity-based groundwater product (G3P).

Although most questions and answers were sector-specific, there were some outcomes that showed clear consensus. Most importantly, 83% of all respondents indicated that a groundwater product with data of groundwater storage variations on a global scale from 2002 until present would be useful in their current work. G3P data is planned to be provided monthly and 86% of the respondents confirmed that this is indeed the most appropriate temporal resolution.

There were, however, also discrepancies between the proposed G3P and the requirements selected by the potential users. For example, while half of the respondents agreed with the proposed resolution of 0.5 degree and 1.0 degree global grids, the other half preferred a higher resolution.

The questionnaire also asked respondents to indicate for which purpose they are most likely to use the groundwater product. Over 70% thought that the product could support water resources management activities, 63% also deemed it suitable for risk assessment for water security, and 61% mentioned drought monitoring as a potential application. Other potential uses mentioned were global hydrological models, food security and awareness raising.

About the focus group

For a good overview, it was important to form a focus group that represented the different audiences for which the groundwater product is being developed. From geological surveys to UN agencies, from universities and research institutes to governmental organisations, and from river basin organisations to charities. The balance between users in a research/executive position and users in a manager position, was almost 50/50.

The details of the survey will soon be published on this website. 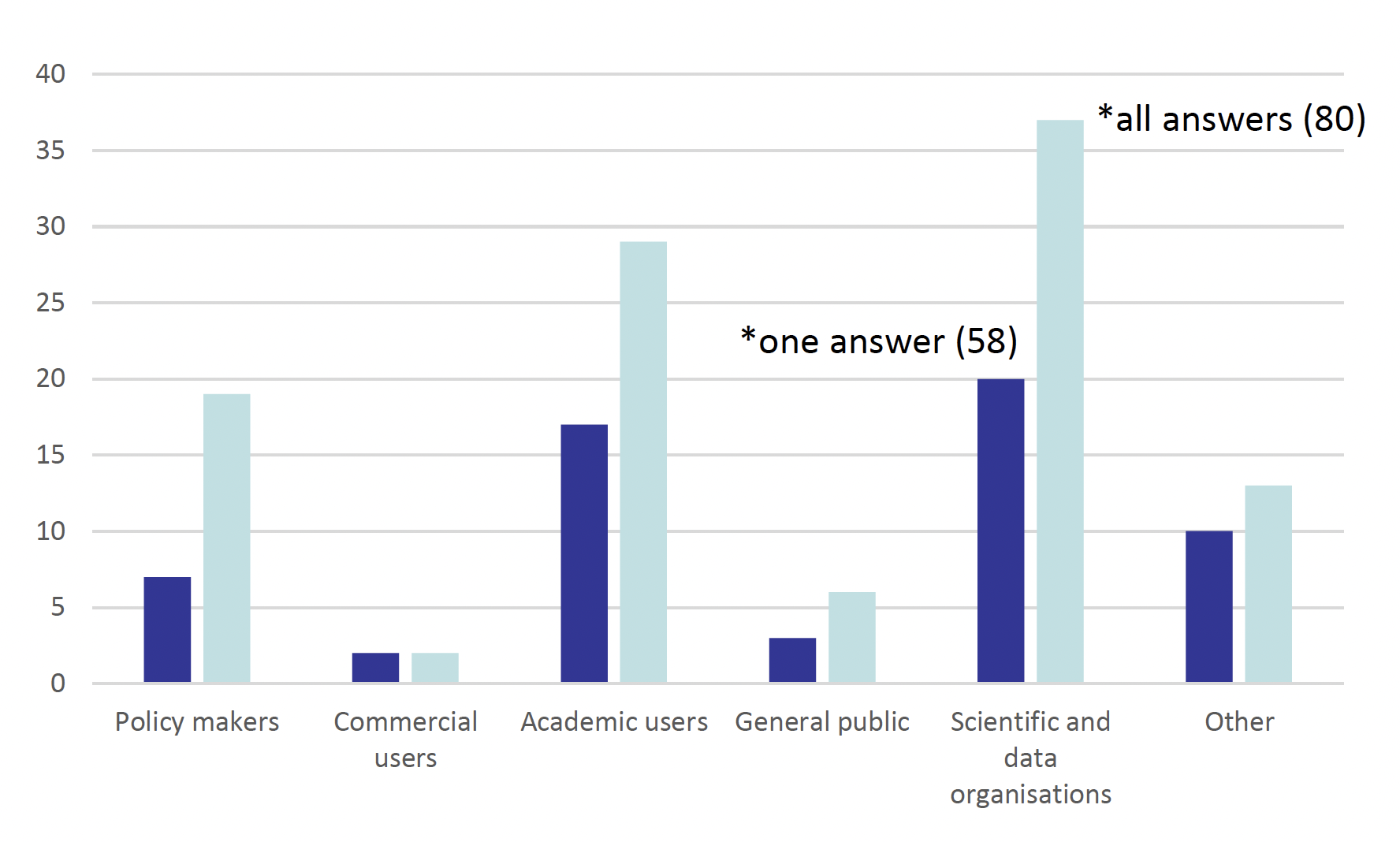